Celebrating 50 Years of supporting individuals within the turf industry.

From its inception, the OVTA has promoted the turfgrass industry through community involvement. The OVTA members installed a putting green, at ST. Patrick's Home (1978) and later all the landscaping at Ronald MacDonald House (1984). With respect to the recognition and the promotion of learning, one of the objectives of the Association: an OVTA Scholarship Fund was established (1985); the OVTA has twice hosted the CGSA Conference and Tradeshow (1986, (1990 - 1992) and contributed to the building fund of the Guelph Turfgrass Institute (1991). The OVTA Annual Winter Seminar & Tradeshow has been recognized as an eligible provider of Continuing Education Credits for the IPM Accreditation Program.

"Consistently and continuously encouraging and supporting research and the interchange of scientific and practical knowledge."

The OVTA has consistently and continuously encouraged and supported research and the interchanged of scientific and practical knowledge in keeping with the Purpose and Objectives of the Association: In 1991, putting greens winter cover trials were conducted at several elected golf courses; experimental turf plots were established and monitored at 5 golf courses (1992); research greens (20,000 sq.ft.) were established at Kemptville College (1994); participated in the Coalition for Responsible Golf IPM insect scouting project (2008); a 5 year research program was initiated in co-operation with the OVTRF to monitor pesticides in water samples taken from two golf courses (2009 - 2013) 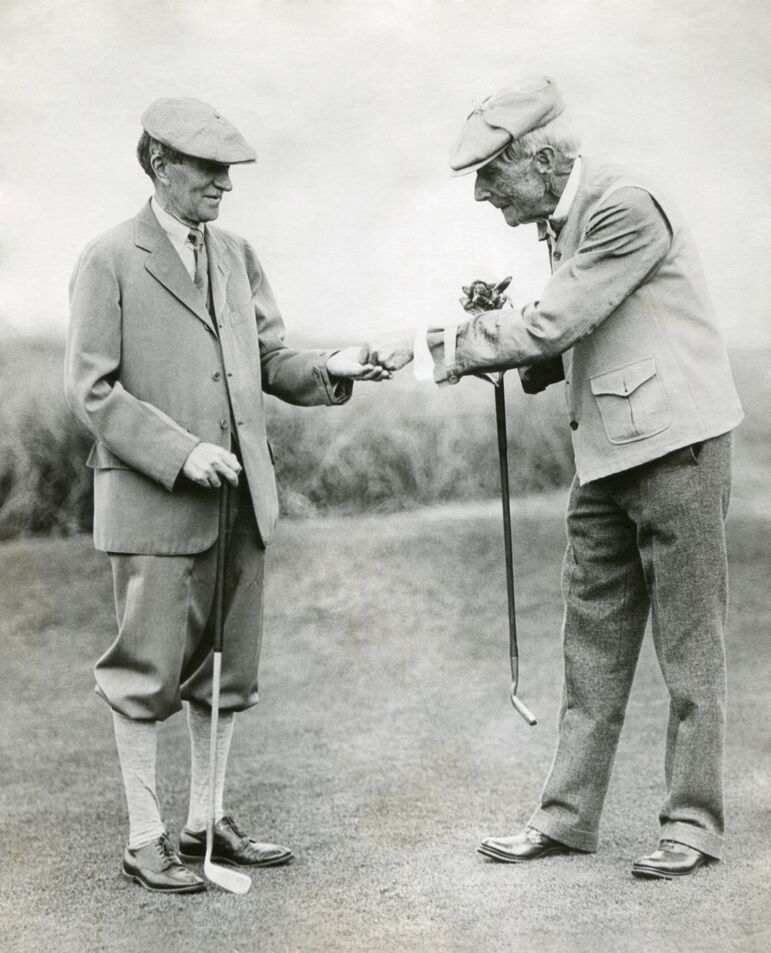 An in-depth history of how it all started.

Four individuals on this list were CGSA Board members: David S. Gourlay, Gordon Witteveen, William Hynd and Camil Labelle. These gentlemen lent their support and expertise to the formation of the Association, since they had been instrumental in the formation of the Canadian Golf Superintendents Association (CGSA) in 1966. Gord Witteveen, in fact, wrote the OVTA Charter.

The first OVTA Board of Directors was elected in 1972. A couple of these individuals deserve special mention. George Payne, served as the first President of the OVTA. His significant contribution to the OVTA has been enshrined in the George Payne Memorial Shield, that recognizes a member for outstanding service and contribution to the turfgrass industry. Through his efforts and sponsorship, the OVTA Fall Field Day, a permanent fixture on the OVTA calendar, is largely associated with Hylands Golf Club, where George was first the golf course superintendent, and then the General Manager. In addition, he hosted the annual Winter Seminar at Hylands (1973 - 1985) when the growing membership was forced to move to a larger facility.

James Boyce was elected OVTA President in 1976. Jim had been associated with turfgrass throughout the 1950's and 1960's, managing grass plots at the Dominion Central Experimental Farm on Ottawa. In 1970-1973, Ji was the Executive Director of the CGSA. After his retirement, he began a soil testing business in liaison with Brookside Laboratories in Ohio.

Over the years, the OVTA has hosted an array of trials, funded research, provided opportunities to further education and knowledge, as well as, maintained a community for peers to connect and socialize with each other. We are excited to celebrate 50 years of contributing to the turfgrass industry!

George Payne & the First Board of Directors

In the late 1960's, a group of like-minded individuals working in the Ottawa Valley turfgrass industry, came to the conclusion that there was a need for a local association, after meeting informally on a regular basis.

The founding members were determined that the Association would encourage and support turfgrass research, and the exchange of scientific and practical knowledge, relating to the construction and  maintenance of turfgrass areas, that were directly related to their areas of expertise.

Through his connection, James Boyce became associated with the Musser International Turfgrass Foundation, becoming the Canadian Director. Consequently, the OVTA hosted the Musser Foundation Golf Tournament (1981 - 1990) to support education and research. This tournament was subsequently replaced by the OVTRF Golf Tournament in 1991, to raise turfgrass research dollars that would remain in Canada.